Older age is a main risk factor for developing POD and POCD after major surgery. Patients undergoing cardiac surgery are at a particularly increased risk. For example, C.A.F. von Armin and colleagues observed in a recent interventional trial a POCD incidence of 36% compared to 16% in non-cardiac surgery. However, heart failure itself is also a risk factor for delirium, and thus it must be investigated whether decreased heart function or the surgery insult contribute most to the development of POD. In particular, it is not clear how risk factors such as cardiac dysfunction, microembolism, brain ageing and related cognitive dysfunction enhance the effects of known triggers of POD including anesthetic drugs and pain treatment, (subtle) disruptions of the BBB, and peri-operative inflammatory response. The etiology of POD/POCD is still not well understood and specific preventive and/or therapeutic measures are lacking. Conflicting reports further stimulate the debate. The aim of this project is to elucidate the interplay between heart failure and POCD. In-depth analysis in patients is, however, hampered by the complexity of POCD and the impossibility to experimentally separate between risk factors and triggers. This clear-cut differentiation could be achieved in animal models, but there is a lack of adequate and specific models. The few existing animal models of POD/POCD mainly use laparotomy, LPS injection, anesthesia or a combination thereof, but they completely overlook the additional impact of heart disease. To overcome these challenges, we will combine a mouse model of selective heart dysfunction (described in detail below) with known risk factors and triggers of POD to mimic and to disentangle respective pathogenic factors. This will include ageing, long-term anesthesia and mild inflammation by LPS as established models of delirium. As an example, we could show that anesthesia by isoflurane alone significantly increased the brain lactate level, in particular in mice with mitochondrial deficits. Interestingly, an additional administration of medetomidine significantly reduced the isoflurane-induced lactate increase. Although there is increasing evidence that dexmedetomidine (DEX) has a protective effect on multiple organ systems including heart and brain, the findings related to POC/POCD in the context of heart failure are contradictory. Adverse effects due to bradycardia and hypotension may counteract the protective and anti-inflammatory effect of DEX. Closely related to that is the question whether the appearance of burst suppression (BSP), a brain state in which high-voltage activity alternates with isoelectric quiescence, is a risk-factor or at least a reliable predictor of POC/POCD, and whether avoiding BSP by reducing the depth of anesthesia even worsens post-operative cognitive function. Conventional EEG recording provides very little information about the brain regions and networks involved in the phenomenon of BSP. As cerebral metabolic rate and perfusion seem to play a major role in the formation of BSP, alteration in energy/oxygen supply may affect brain networks differently. Considering a “yes-no” of the BSP appearance only may overlook such differences. We recently developed an algorithm that allows us to detect BSP by MRI without simultaneous EEG recording. With this method, we are able to map the cortical and subcortical brain regions contributing to BSP in both rodents and primates. We will use this technique to search for changes in brain state and involved areas. All told, the project aims to systematically explore and disentangle the influence of different anesthetic regimes, heart dysfunction and additional known triggers of POC/POCD in animal models. 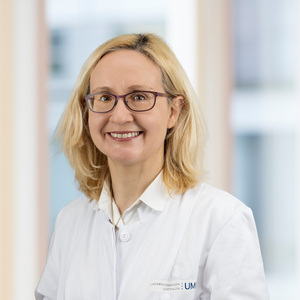 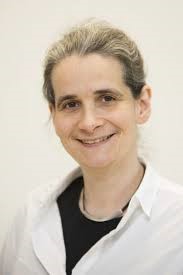