TTS is characterized by acute transient left ventricular dysfunction in the absence of coronary artery embolic or atherosclerotic occlusion, with 22% of patients experiencing life-threating complications in the acute phase. TTS can be defined as a brain-heart syndrome since the cardiac phenotype with metabolic disturbances and cardiac arrhythmias may be a result of a dysregulated CAN, an internal regulation system of the brain. TTS is mostly triggered by high emotional or physical stresses, most likely via a dysfunction of the CAN, resulting in increased catecholamine levels and maybe also in increased sensitivity. In this context, the Streckfuß-Bömeke group has recently shown in an in vitro patient-specific TTS iPSC-cardiomyocytes model that TTS may have a genetic background. We demonstrated a reversible enhanced ß-adrenergic signaling with accelerated Ca2+ cycling and altered electrical activity in TTS-iPSC cardiomyocytes, which was not associated with sarcomeric regulation or cell death. 3D engineered heart myocardium (EHM) from TTS-iPSC cardiomyocytes showed an impaired force of contraction and a higher sensitivity to catecholamine-stimulated inotropy compared with control subjects. Patient-specific iPSC cardiomyocytes in 2D-in vitro cultures or 3D EHM are a favorable humanized model for personalized therapy. Since TTS is a brain-heart syndrome and based on multiple factors in a complex whole organ setting, TTS iPSC cardiomyocytes and EHM lack the presence and importance of other cell types such as the catecholaminergic sympathetic neurons (SN). For that reason, the Streckfuß-Bömeke group recently established the generation of SN derived from TTS-iPSCs. TTS SN express typical markers such as dopamine beta hydroxylase (DBH), tyrosine hydroxylase (TH) as well as SN-specific receptors on the mRNA and protein level, and secrete noradrenalin, as measured by ELISA. Co-culture experiments of TTS-iPSC cardiomyocytes and -SN confirmed the functional interaction between both cell types. The stimulation with neuron-specific agonists resulted in increased beating frequency of the iPSC-cardiomyocytes, as measured by multielectrode assays (MEA). Using this 2D system, we will be able to further analyze the interplay and functionality of iPSC-SN and -cardiomyocytes at the single cell level as well as in the context of TTS for direct comparison to already obtained data of pure TTS-iPSC-cardiomyocytes cultures.

Although questions at the single cell level can be easily addressed by 2D co-cultures, questions at the tissue level as cardiac muscle contractility or tissue dilation can be better addressed in a more complex and advanced 3D model. It is also essential to note that 3D systems allow enhanced cell maturation and self-organization corresponding to late fetal stage tissues. Based on this notion, the Zafeiriou group recently developed an innervated-EHM model (i-EHM) generated by the fusion of sympathetic neuronal organoid (SNO) and EHM, providing a 3-dimensional interface in which iPSC SN functionally interact with iPSC-derived cardiomyocytes. The SNO model was generated by patterning our recently established brain organoid model termed the bioengineered neuronal organoid (BENO) towards a trunk neural crest fate. Preliminary data by single nuclei RNAseq (in collaboration with A. Fischer) reveal the presence of SN but also sensory neurons and essential glia as myelinating Schwann cells. The presence of SN in the SNO was further validated: (1) at the transcript and protein level by high expression of SN markers as DBH and TH; (2) at the catecholamine level by enrichment of noradrenaline vs. acetylcholine as quantified by liquid chromatography mass spectrometry (LCMS). Confocal images of i-EHM revealed cardiac muscle innervation as shown by the presence of SN neurons (DBH positive) in close proximity to cardiomyocytes. To prove functional interaction between SNO and EHM, we generated an optogenetic line in which only neurons are light-stimulatable (pSynapsin1_Chrimson). The up to two-fold increase in beating rate of i-EHMs during light periods provided definite proof for the connectivity between SN and cardiomyocytes at a tissue level. To define the contribution of the cardiac tissue cellular component (SN and cardiomyocytes) in TTS disease development, we propose to analyze TTS in this novel innervated heart model. This project will be enabled by the combination of the expertise in human iPSC methodology and TTS analysis of the Streckfuß-Bömeke lab with the human brain and heart tissue engineering technology of the Zafeiriou lab. 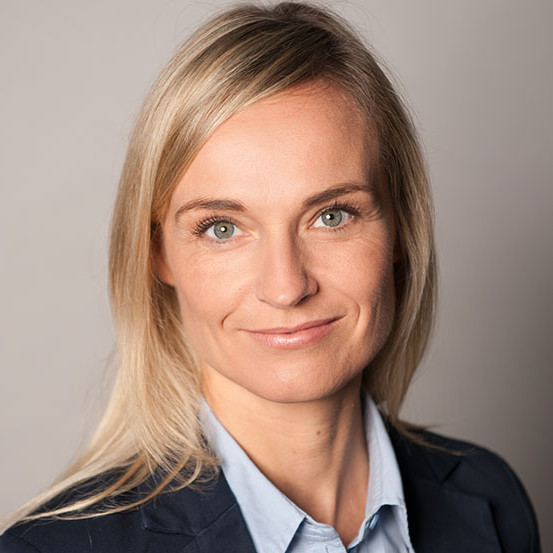