Cardiac dysfunction is not only due to primary heart diseases but also results from dysregulated cortical processes, as they occur under conditions of cerebral ischemia in specific brain regions such as the insular cortex. The latter is an anatomical hub with a strong interconnection of cortical and subcortical brain regions involved in the regulation of autonomic functions (i.e. parts of the CAN). Cerebral ischemia of that particular region yields a high mortality rate which is also due to (secondary) cardiac injury. Although stroke itself is known to develop a sympathetic storm and autonomic dysregulation that contribute to cardiac dysfunction, the mechanisms underlying neurogenic heart diseases in general and the susceptibility of the CAN in this context are incompletely understood. Preclinical studies investigating long-term effects of stroke on cardiovascular function with respect to the insular cortex are scarce. Bieber et al. showed that stroke induces cardiac dysfunction in mice associated with increased peripheral sympathetic activity, although the insular cortex was not in the focus of that study. Electrophysiological studies addressing the cardiac response after intracortical stimulation of the insula in epileptic patients confirmed the susceptibility of cardiac function after impairment of this brain region. Nevertheless, electrophysiological analyses investigating the interaction between the ischemic insula and the heart do not exist.

The aforementioned cardiac complications after insular stroke are not exclusively contributed to altered electrophysiological network activity but may also be due to malfunctions of the peripheral immune system. These systemic effects of the ischemic insula may depend on a messenger system for which EV are likely candidates. The latter are cellular secretion products of corpuscular structure which contain a wide variety of molecules and mediators. Indeed, EV are critically involved in inter-cellular and inter-organ communication processes under both physiological and pathophysiological conditions, influencing cell protection, cell regeneration, and immunomodulation. We previously demonstrated that EV reverse poststroke immunosuppression and stimulate neuroregeneration, enhancing poststroke neurological recovery in a murine stroke model that does not explicitly affect the insula. In this context, non-coding RNAs such as miRNAs appear to be the biologically relevant cargo of EV. Using a non-insula stroke model in rodents, we recently identified an increased autophagic flux through secreted EV containing miR-25-3p, which contributes to neurological outcome of stroke animals.

EV are not only secreted by neurons but also by glial cells. Interestingly, EV from various sources not only pass through the damaged BBB towards the ischemic brain but are also able to pass through bidirectionally under both stroke settings and physiological conditions. However, the molecular mechanisms underlying the mode of action of EV secreted in the brain and their cargo of signaling molecules, together with possible systemic implications on the heart under conditions of an insular stroke, are unknown. 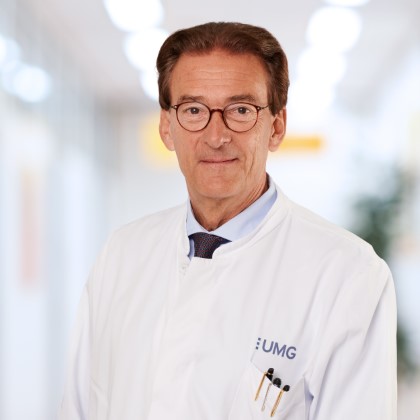